Planet Generation and lots of weapons...

One of the biggest things lacking in the game before I go on to add more weapons and polish up some more graphics is the progression system. Instead of a simple infinitely scrolling set of enemies there has to be some end to them or else there isn't enough meaning in the game. I could do a basic leveling shooter, like Galaga but those are kind of old fashion and they were meant for arcades where you had a single coin and weren't likely to play again for a while and depth elements that offered persistent meaning was almost impossible to achieve. I mean you would lose everything unless you were willing to feed quarters to the machine for eternity.

Since this is primarily a game that I want to be able to enjoy on my cell phone, I want there to be some reason to bring me back to the game again and again. I want to balance a play session between different activities other than just running through a bunch of enemies. I could design the game to average a couple of enemy killing sprees between successive plays, which is probably what I'll end up going for depending on how it plays.

In order to have this sort of continual play there needs to be a bit of meaning to the game other than going and shooting down enemies. So this is where Planets come in and a slight bit of a story.

You are a mercenary traveling the galaxy going from solar system to solar system, helping inhabited planets eliminate alien invaders  who've decided to orbit the planet with ships destroying the planets inhabitants or enslaving them. You are there to wipe out the aliens collect their resources to build up your ship to take on bigger and badder alien vessels. And finally here is a current dev shot of the planet. 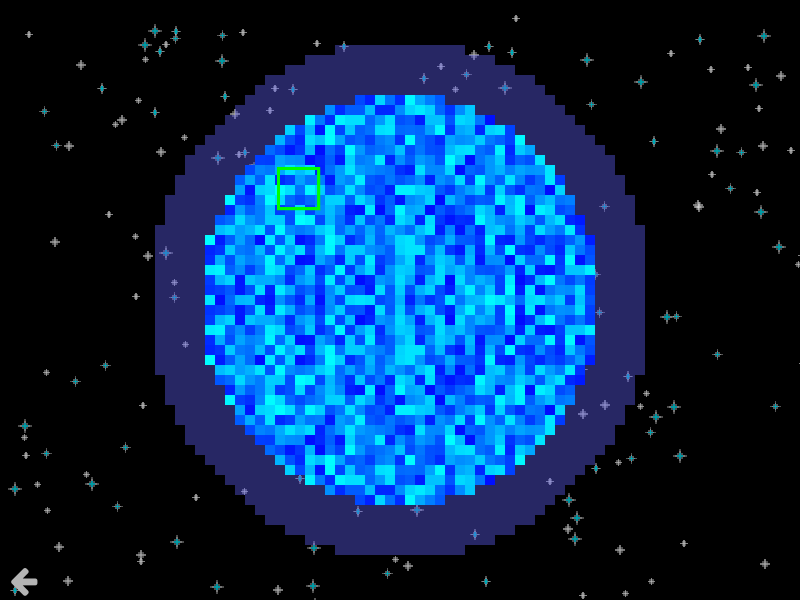 There will be depictions of alien vessels scattered around the planet. Perhaps space stations that are in alien control or various other apparatuses created by the civilizations on the planets. This will enable some unique game play elements for each planet and help provide a structured way of obtaining upgrades, rebuilding your ships, getting new part plans, etc.

I plan on making it so that the alien fighters you do not destroy during your mission will still remain at the site, and if you need to repair your ship they will get reinforcements that may be stronger than before. This way there is a little bit of a challenge possible if you only left 2 or three fighters at a site.

Clearing alien squadrons will bring resource rewards and potentially new part rewards. Lastly if you clear enough aliens the planet will be considered safe and they will reward you with star charts or recommend another planet that you could go and help clear.

So there are a lot of things to get done. Just a note about some of the graphical enhancements I've made over the last 9 days. We have new retro font for the text displayed on the main menu. 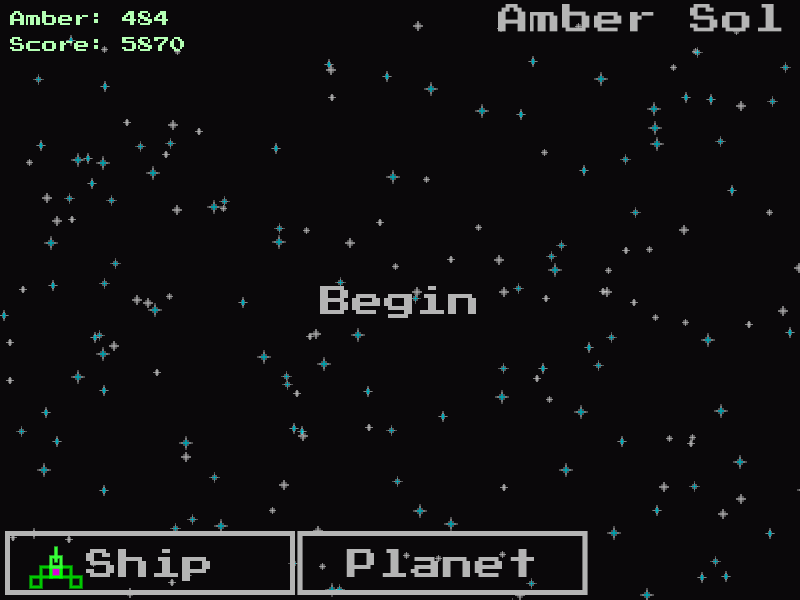 And an added mission ending for a given number of enemies that are spawned for each. The planet generation will create a number of alien squadrons in various locations around the planet. 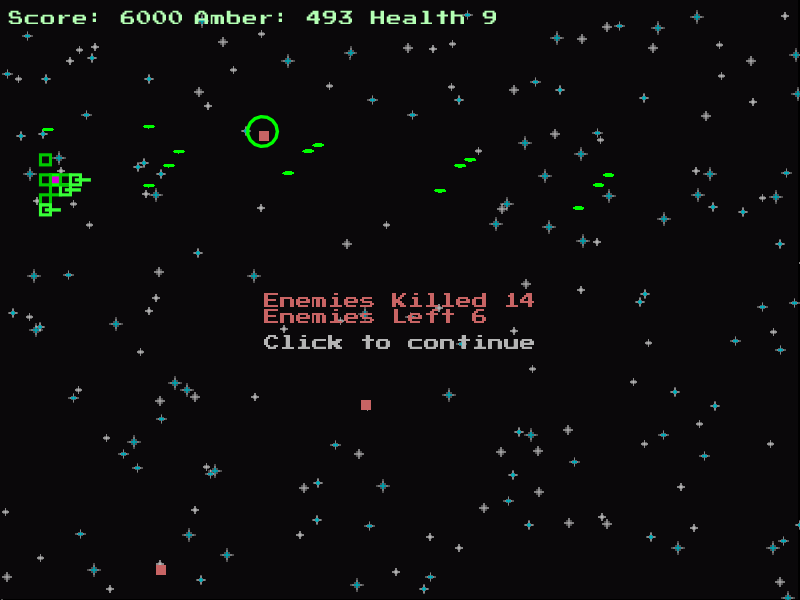 The new font definitely adds a more retro feel to the game. I also changed the bullets for the Pulse Blaster wlil probably experiment with a few different graphics for them.

I have also updated the ship building screen so that you can choose different parts to place. Currently there are no rules or requirements to adding ship parts except they must appear in the grid. If you add a pulse blaster behind your engine for instance the first time you fire you will probably blow up the engine if not the second shot will blow up the engine. 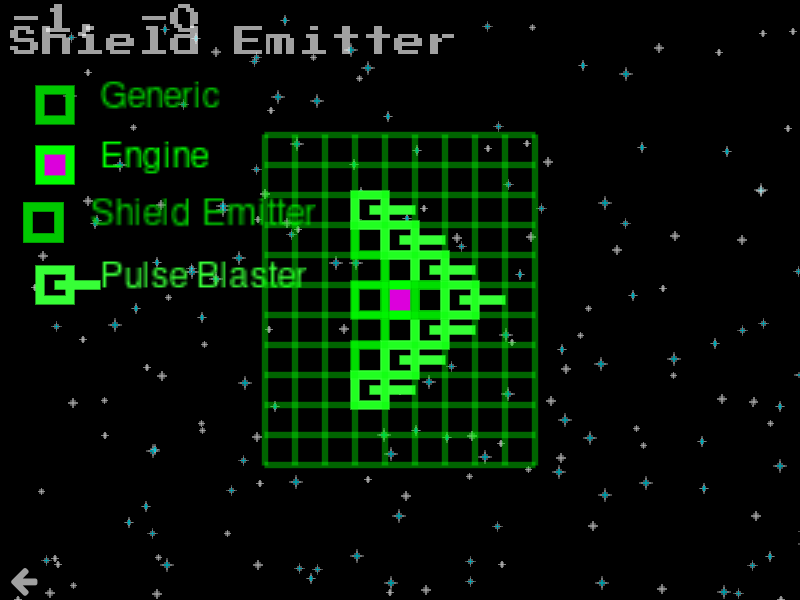 Bugs and fixes before new demo

I am kind of anxious to get the basics of the progression system done and get a demo with it out there. After all the fun meaning elements are there in the game it should be a matter of adding and iterating on content and graphics. And of course doing more PR work, a solo devs job is never done it seems.

But before a new demo release I need to fix a number of defects/enhancements.

So please stay tuned for a new demo.