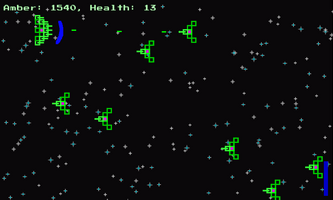 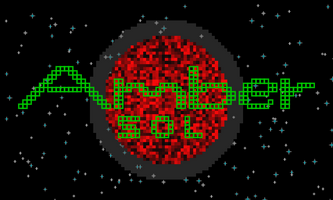 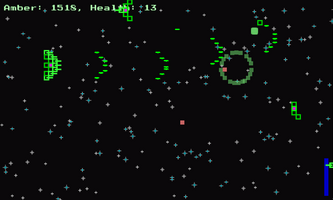 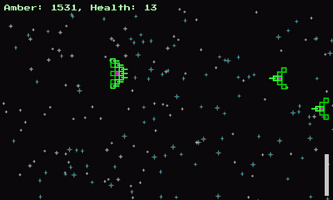 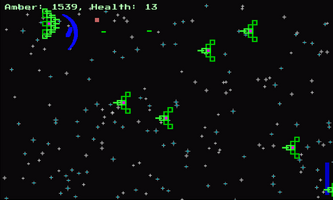 In the next version to be released soon shields will actually function again. I worked out a new effect for the shields that I thought of, I wanted it to be a dissipating energy impact visual. It may need several tweaks but in essence it looks better than the single shrinking ring of blue that was there before. I realize that adding shields and having a low cost to adding new parts (10 amber) each makes the game a bit unbalanced as you do not really have a goal to achieve in defeating the alien squadrons on the planet.

I have numerous things to fix and not enough time to fix them as I am busy searching for a day job. I am endeavouring to work on the most important aspects of the game to deliver a fun and engaging experience. I try to reprioritize that list on a daily basis. Also in this next release there will be fixes for various minor inconsistencies and playability issues.

Improvements in the next release:

Following this release there will be a couple of new mechanics added to introduce some balance and meaning to the gameplay. I am also planning on adding more content such as, new enemy ships, different weapons, testing ship will no longer reward you. Some small improvements to the menu and ship controls. Cost numbers for parts on the build screen and rearranging the layout of ship building.

So please try out the game and let me know what you think and report any issues or ideas that you may have to further enhance the gameplay.